Lots of the ideas involve mechanized devices and flying while others, strangely, involve people interacting with marine life

There are few things as fascinating as seeing what people in the past dreamed about the future.

“France in the Year 2000” is one example. The series of paintings, made by Jean-Marc Côté and other French artists in 1899, 1900, 1901 and 1910, shows artist depictions of what life might look like in the year 2000. The first series of images were printed and enclosed in cigarette and cigar boxes around the time of the 1900 World Exhibition in Paris, according to the Public Domain Review, then later turned into postcards.

Lots of their ideas involve mechanized devices, flying, or a combination of the two. Some, strangely, involve people interacting in a very close and personal way with marine life. As Open Culture points out, however, there are no images of space travel.

Some of the portraits are fantastic — swashbucklers riding on giant seahorses, anyone? But others are actually surprisingly accurate visions of our current era, including farming machines, helicopters, and what looks like a precursor to the new robot vaccum, the iRobot Roomba vacuum: 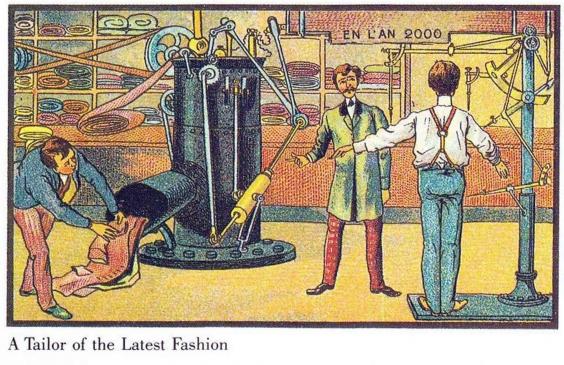 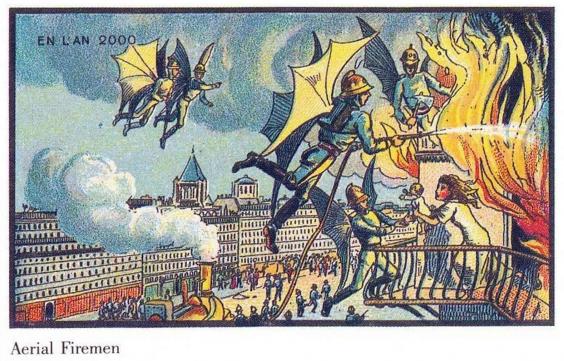 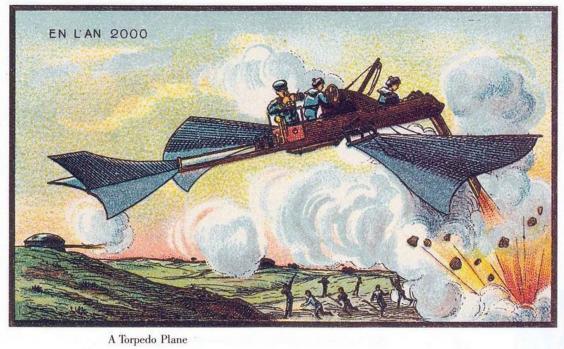 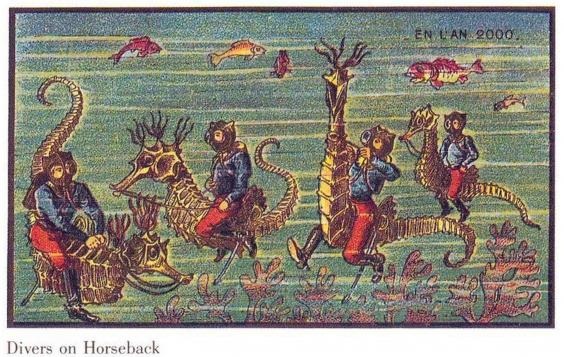 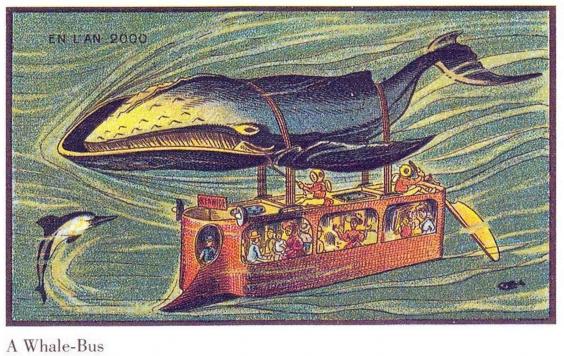 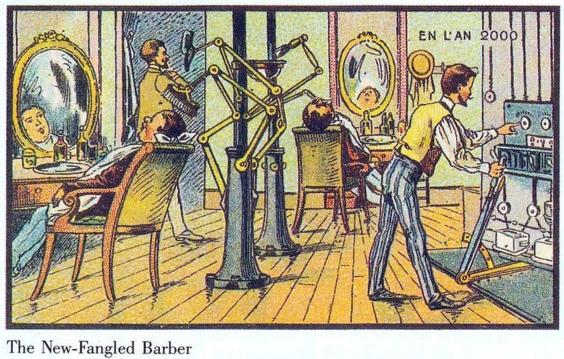 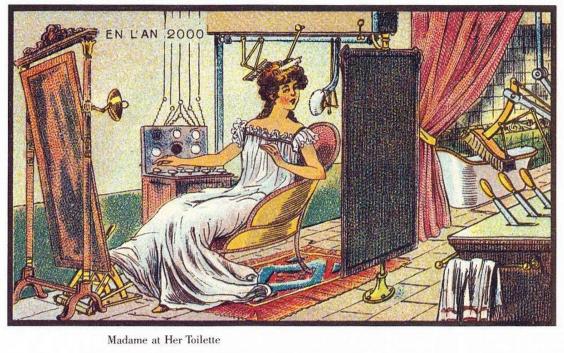 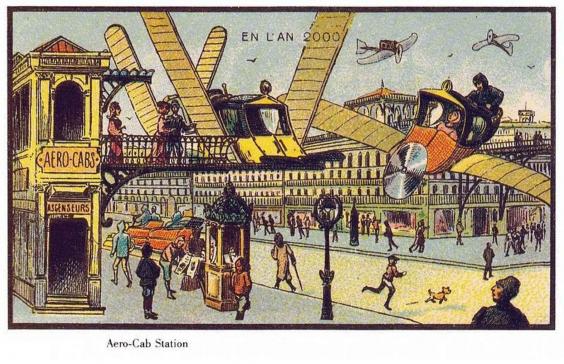 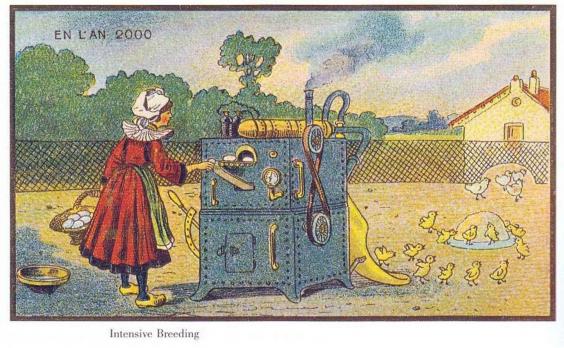